We truly want you to experience how going without meat from an animal means you don’t have to miss out on anything. With a broad butcher’s range, our supplier The Vegetarian Butcher makes it easy to simply love plant-based food.

„We’re proud to work with Marley Spoon. The recipes of the Marley Spoon chefs are original and culinary, yet easy and accessible. We share the mission to bring healthy sustainable food to the table, without a compromise on taste. A win-win!“

This is The Vegetarian Butcher

Jaap Korteweg is the founder of The Vegetarian Butcher and a 9th generation farmer. He turned vegetarian years ago, but he really missed the delicious taste of meat. So much, that it became clear to him he had to find something that could satisfy his meat craving, without actually having to eat animals. Jaap decided to create a vegetarian range of butcher’s favourites. Just like work horses were replaced by tractors a hundred years ago, it’s his goal to replace animals by sustainable new techniques that produce the tastiest meat from legumes and grains. The Vegetarian Butcher produces plant-based proteins, which compete with animal meat in respect of taste, texture and nutritional value. The 10-year-old brand has been heralded by industry figures, including a jury of butchers and culinary journalists. 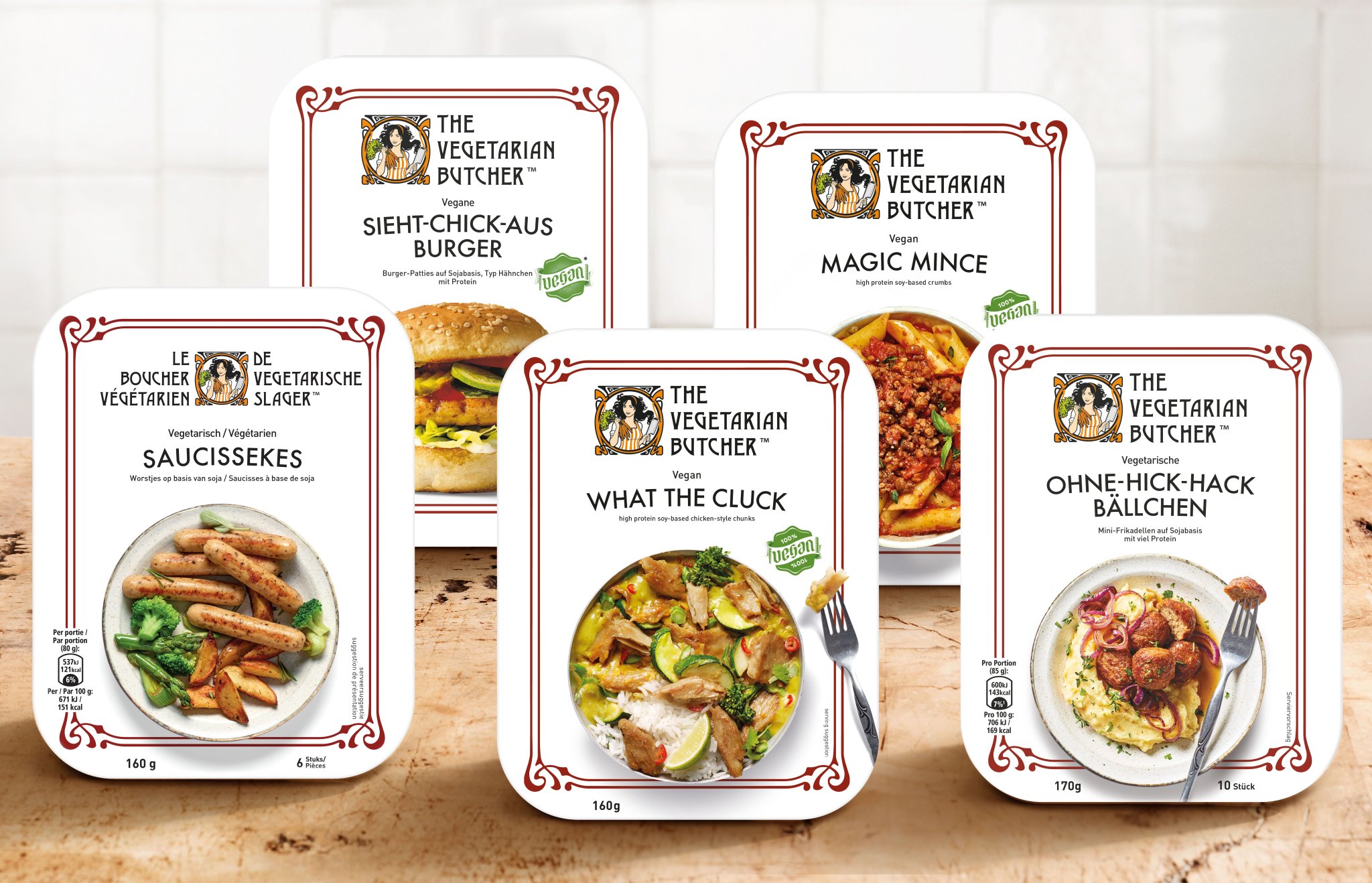 Sustainability at The Vegetarian Butcher

The nutritious products based on legumes have a small carbon footprint compared to that of animal meat. Choosing the vegan chicken chunks instead of a chicken meat equivalent can lower CO2 emissions by 55%, based on a meal for four persons. The great thing is, by taking the animal out of the food chain, The Vegetarian Butcher is able to shorten the production process and make it more efficient. Instead of feeding grains to an animal to produce meat, they can cut out the animal and make delicious meat directly from legumes. More efficient, better for the environment, world food supply and animal welfare.